Everything You Need To Know About OBD, OBD II

If you purchased a car after 1996, it probably has an OBD-II port. But what is it for, and how do you diagnose errors with it? 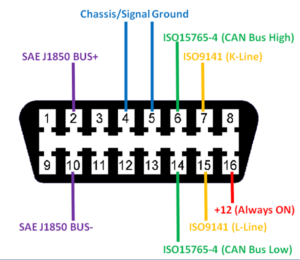 If you purchased a car after 1996, chances are it has an OBD-II (Onboard diagnostics II) port. Every car or truck on the road manufactured after 1996 is legally mandated to have one installed.

OBD-II is an onboard computer that monitors emissions, mileage, speed, and other data about your car. It’s connected to the Check Engine light, which illuminates when the computer detects a problem.

The OBD-II onboard computer features a 16-pin port under the driver’s side dash. It allows a mechanic or anyone else to read the error code using a special scan tool. 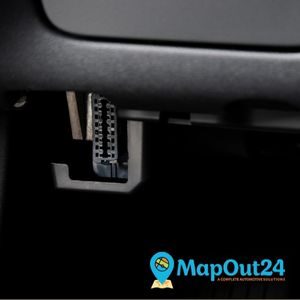 Before OBD-I, each manufacturer had its own set of standards for OBD, meaning that mechanics had to buy expensive scan tools for each plug type. OBD-I was first introduced in 1987 and started the standardization of onboard diagnostics. It had sensors that detected emissions and minimized them through emissions-controlling valves. However, it had many problems and shortfalls.

As a result, in 1996, car manufacturers started to equip cars and trucks with an OBD-II port. Every system is mostly the same, but there are slight variations. These are known as protocols and are specific to vehicle manufacturers.

There are five basic signal protocols:

Pins 4 and 5 in all protocols are used for ground connections, and pin 16 is used for power from the car’s battery.

Once the computer senses a problem with the engine or any other component of the car it’s monitoring, it’ll trigger the Check Engine light.

How Does OBD-II Work?

Diagnostic Trouble Codes (DTC) are stored in the computer system. Codes can vary from one manufacturer to another. However, anyone with an OBD-II scan tool can connect to the OBD-II port and read the diagnostic trouble codes from the computer.

OBD-II scanners can connect to these ports on your vehicles and identify the trouble code from any manufacturer that uses one of the OBD-II protocols.

OBD-II scanners can connect to these ports and identify the trouble code from any manufacturer that uses one of the OBD-II protocols.

What Can Be Hooked Up to the OBD-II Port?

Traditionally, a mechanic would hook up a scan tool to the OBD-II port to read the DTC. Less expensive scanners would only provide a numeric code, which the mechanic would then look up from the manufacturer’s manual or service website. More costly scanners will provide text error codes.

However, in recent years, there have been more advanced tools available for regular drivers who don’t want to have to depend on a mechanic to find out what’s wrong with their car.

One example is OBD-II scanners. These can come in an array of configurations like wired and wireless. You can also find devices that connect to your smartphone or laptop and some with their own screen. Whatever you prefer, the choice is there.

Another option is GPS trackers. These can be hardwired into your vehicle, though they are commonly placed in the OBD-II port to give the device adequate power. These can be especially helpful in keeping track of loved ones or young drivers.